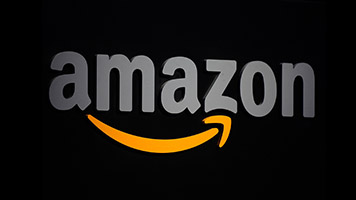 Stop the Road is now on sale through Amazon and Barnes & Noble. 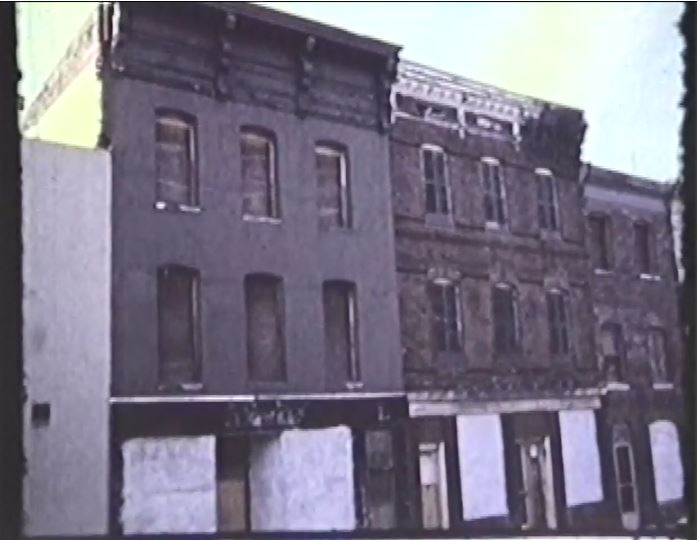 In praise of Stop the Road:

“Paull’s surgical dissection of the 40-year battle produces a book that is essential for understanding today’s Baltimore and the many other American cities which experienced similar highway wars.” Antero Pietila, author of Not in My Neighborhood: How Bigotry Shaped a Great American City.

Ev Paull masterfully documents the untold story… His book is at once scholarly journal, urban history and personal observation, while highlighting individual accounts of “ordinary people doing extraordinary things…” William F. Zorzi, former journalist, The Baltimore Sun and Writer, The Wire and We Own This City

“It was people, not politicians, who stood up and saved Baltimore from the ravages of the East-West Expressway. Evans Paull has found many of these courageous people, the folks who resisted, persisted, and incredibly prevailed. He has made their ‘highway stories’ a compelling human history of the challenges that faced post-war urban America.” Mark Reutter, Senior Editor, Baltimore Brew and author, Making Steel: Sparrows Point and the Rise and Ruin of American Industrial Might.

Paull’s marvelously detailed work provides an instructive example of how different groups, race, ethnicity, and education came together for a common goal—to stop something that was destroying the fabric and essence of a community. This is sorely lacking in many ways today.  Philip J. Merrill, Co-founder & EOA, Nanny Jack and Company, LLC and author, Old West Baltimore (Images of America)

“Stop the Road is an engrossing saga of Baltimore, not just because the events depicted are so significant for our city, but also because the history is enlivened by in person storytelling. You will marvel how this combination of community activists, preservationists, and environmental advocates gained the upper hand over the road building establishment.” M.J. (“Jay”) Brodie, former Baltimore Housing Commissioner and President of Baltimore Development Corporation.

Stop the Road, stories from the trenches of Baltimore’s Road Wars

Upheaval: how did these no-name activists and outsiders overthrow the city’s economic/political establishment?

Untold story: why was the Highway to Nowhere built?

Mystery: why were the engineers hellbent on the highway plan that would have destroyed the waterfront?

Equity and justice: was Baltimore guilty of using highways for “Negro removal?”

Unsung heroes: who were these ordinary folks who saved Baltimore from its own leadership?

Irony: Did former Governor and Vice President Agnew (a highway supporter) unwittingly aid the fight to save Fell’s Point because of graft-related IOU’s?

Introduction to Stop the Road

During a visit to her former neighborhood in 1988, Mercedes Stevens succinctly summed up the aftermath of the Baltimore’s 40-year battle over Interstate Highways.  She said, “If the Expressway had been built, you’d say ‘well, who wants to live there anyway?’” Stevens was talking about her family’s former home on South Decker Street in Canton, but she could have been talking about Montgomery Street in South Baltimore, William Street in Federal Hill, Ellamont Street in Rosemont, Aliceanna Street in Harbor East, or Lancaster Street in Fells Point.

That Baltimore is not saddled with expressways barging their way through these historic waterfront communities is a testament to those operating outside of the power structure, a rare victory of the outsiders…

“If you think about the things that have really changed the face of Baltimore as we know it today, to me there is nothing more important than the road wars.” 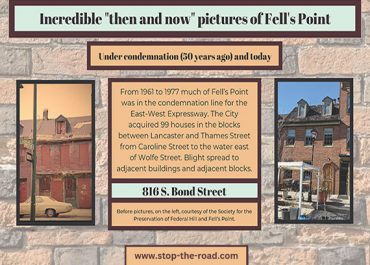 Incredible Then and Now Pictures of Fell's Point 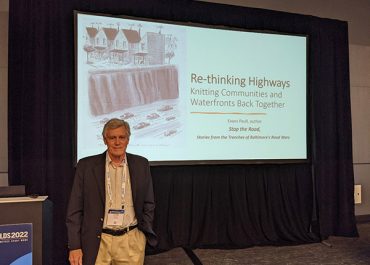 Posted by Ev PaullOctober 10, 2022Comments: 0
Click on one of the images below to enlarge it or open the pdf document. You can then use the…
Read More 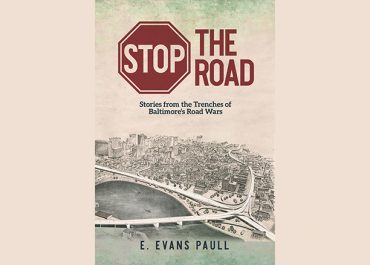 See all posts on the blog page