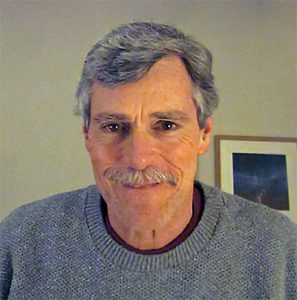 Evans Paull is a retired city planner and the author of the forthcoming book, Stop the Road, Baltimore’s epic 40-year battle over Interstate Highways. You can follow the Baltimore Road Wars Facebook page.

You might say that the main reason I decided to write this book is that I’m a really bad golfer.  My lovely and very understanding wife Rosemarie might have voted to become a golf widow instead of a book widow, but, since (I’m embarrassed to admit) I’ve never even broken 100, the allure of attempting to capture Baltimore’s most significant yet previously unchronicled historical issue was a slam-dunk relative to spending my retirement years demonstrating how not to hit a sand wedge.

If my ineptitude at golf provided the “push,” it was the nature and significance of the Road Wars story that provided the “pull.” I was drawn to telling the Stop the Road story because the issues raised are so fundamental to my belief in cities—that there is intrinsic value in the urban mess; that the diversity of buildings, land uses, and people is something to be celebrated and strengthened, rather than ripped away in a misguided attempt to re-create the suburbs in the city.

You could say that that is the theory, but this is the practice: in my 45-year career as a city planner (working both in Baltimore and nationally on urban redevelopment issues), I have played at least a small part in some fairly momentous decisions, but nothing I was part of in the entire breadth of my personal experience was as consequential as the controversies endured and judgements made in Baltimore’s 40-year battle over Interstate Highways. You would have to go back to the building of the B&O Railroad to find another issue that has had a more profound impact on Baltimore City and its neighborhoods.

The consequence and significance of the Road Wars starts with a magnificent irony: that Baltimore’s economic interests lined up behind highways that, had they been built, would have ruined our historic waterfront communities and led Baltimore to an economic catastrophe. Here I was drawn to the essential kernel of the Road Wars: I wanted to know precisely how the these potentially catastrophic expressways were defeated; who were these people that, arguably, saved our city, and what made them tick?

But the consequence and significance of the Road Wars is not just the glorious victory over the highways that were stopped. The impact of one of the highways that was built, now dubbed the “Highway to Nowhere,” tells quite a different story. That story, repeated in the African American communities of Sharp-Leadenhall and Rosemont, is rooted in racial inequities that are deeply imbedded in Baltimore’s history. These issues need to be exposed and probed and take their place in this country’s much needed reckoning over race.

In uncovering the “story-behind-the-story,” I have had the very great pleasure of interviewing 55 people who were involved in the Road Wars. I am greatly indebted to these remarkable people who have shared their memories and stories, allowing me to turn the Road Wars story into a saga of people rather than a recitation of facts.

It is a great story… I only hope that I have done it justice.

Evans Paull is a retired city planner, living in northwest Baltimore with his wife, Rosemarie. He has three children and one grandchild. Paull’s career started in the Baltimore City Department of Planning where he worked with quite a few of the interviewees featured in this book (but he had no direct involvement in either transportation planning or the Road Wars). In mid-career he shifted from generalist planner to specializing in the redevelopment of brownfields (vacant former industrial or commercial properties, the reuse of which is complicated by contamination).  He started and managed Baltimore’s Brownfields Initiative; then went on to work on these same issues at a national level, working first for Northeast-Midwest Institute, later acting as Director of the National Brownfields Coalition, later still starting and running his consulting business, Redevelopment Economics. You can find previously published articles and papers on the Redevelopment Economics website. Paull has won a number of awards, including: Brownfields Leadership Award; Phoenix Award (for brownfields redevelopment); Governor’s Smart Growth Award; and Professional Achievement in Economic Development Award, Maryland Chapter American Planning Association.